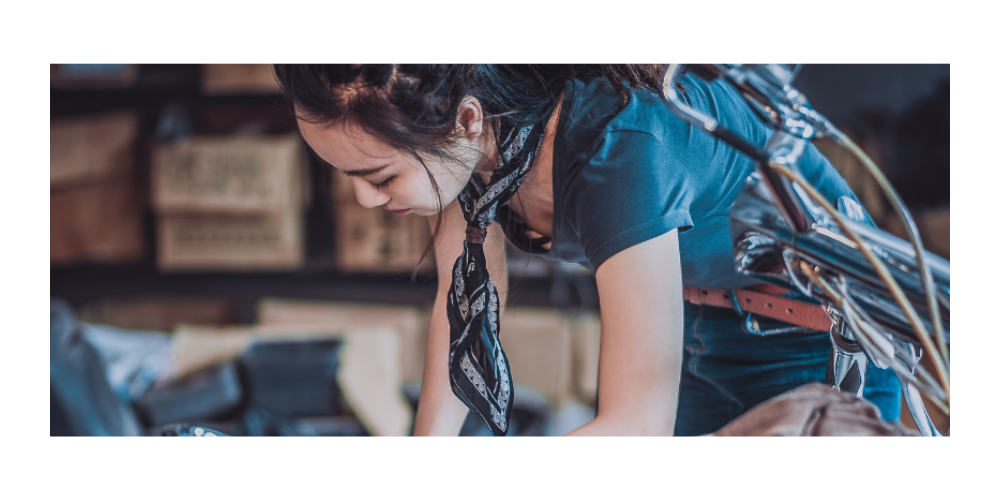 Modern-Day CTE is Not Your Father's Woodshop

Modern CTE barely resembles its predecessor. It's rigorous, inclusive, and innovative — and it's long overdue for a rebrand. Just ask California.

It's not all in your head — there's been a lot of talk about career and technical education (CTE) lately. In the past five years, over 800 CTE-related policies were enacted or updated across every single state - including laws, executive orders, ballot initiatives, and budget revisions.

Across the board, at the state and federal level, policymakers and education stakeholders are going all-in on funding, expanding, and improving CTE. Anyone who thinks of CTE as shop class circa 1984 with slightly better marketing might find this surprising. But the rest of us? We know better.

CTE is So Much More Than Shop Class

There's a stigma attached to CTE that's proven hard to shake, and it's not an unreasonable one, even if it's stale and irrelevant at this point. In Making College Work: Pathways to Success for Disadvantaged Students, co-authors by Harry J. Holzer and Sandy Baum seek out the root of this stigma and lay it bare:

"Historically, most Career and Technical Education (CTE) in the United States—which was called vocational education or "voc ed"—was low in quality. The academic content was weak, the skills imparted were limited, and the jobs for which students were prepared were often low-wage and low-skill."

Combine this history of "voc ed" with the unfortunate history of funneling academic strugglers, students of color, and low-income learners into its "program areas" (including shop class) and then zoom out for a moment. Is it any wonder that students, families, and even the education communities that serve them flinch away from the entire concept? There are many reasons that the college track has become the "gold standard" for every student — whether affluent, first-generation, or low-income — but there's no denying that this checkered past plays a part in it.
The problem with that? It asks students to take all of their associated talents, skills, passions, interests, and aspirations and fit them into a set of parameters that couldn't possibly accommodate them all. There are so many paths that lead to a fulfilling, successful, and engaging livelihood, and not all of them are linear and fit into the tidy span of four years.
Modern CTE acknowledges, welcomes, and encourages that fact, and it barely resembles its predecessor. It's rigorous, inclusive, and innovative — and it's long overdue for a rebrand. Just ask California.

The Golden State is betting big on CTE (to the tune of an annually recurring $200M investment in its programs) and devoting $6M to polishing its image and getting the word out — CTE is the future, and it's nothing like your father's shop class.

Modern CTE is Rigorous and Engaging

CTE coordinators, educators, and industry partners already know something the broader community doesn't — students don't gravitate toward it for an easy 'A' or because they lack drive, ambition, or stone-cold skills or talent. Students come to CTE because they see a way to explore what interests them and earn academic credit while they do.

If you can find them in a community Makerspace on the weekends or a woodworking subreddit (along with 3.5M other redditors) between classes, you can definitely find them in a CTE classroom, earning an Associate's degree in topics like Construction Science Management or even stacking up Bachelor's Degree hours while they do what they were already doing in their free time.

These programs also tend to require summer learning participation, after-school hours, and work-based learning. They culminate in industry-standard assessments. It would be nearly impossible to simply "coast" through them.

In fact, research conducted by the Association for Career and Technical Education (ACTE) found that students enrolled in CTE coursework in high school had a graduation rate of 95%, a full ten points higher than non-CTE concentrators.

While we're comparing cohorts, let's make one thing clear: the dichotomy between "CTE kids" and "college kids" is a false one. CTE is for everyone, and that's not just a platitude. It's a byproduct of CTE evolving away from "either/or" and toward "all". There's no reason to see CTE as a zero-sum game where the more concentrators a school district can claim, the fewer college graduates they'll produce.

In the days of "voc-ed", students who chose — or were directed to — these programs had a handful of areas from which to choose a future occupation to train for. This is how terms like "shop class" or "beauty school" entered the secondary high school lexicon to begin with.

That meant a scarcity of options for students on vocational tracks, both in high school and beyond it. Now? CTE, at its best, is a way for students to explore what interests them within the 16 career clusters. No matter what a student's immediate postsecondary intentions are, their long-term employment plans will include a career within the 79 pathways these 16 clusters represent.

What's more, these benefits were more pronounced for groups of students that are at the most risk of not graduating high school, not enrolling in college, unenrolling from college, and earning lower lifetime wages, like low-income or male students.

Modern CTE Innovates — And Then it Improves

One of the most significant differences between yesterday's shop class and today's CTE is its ability to provide innovative solutions to far-reaching labor and talent challenges — some of which aren't even fully apparent yet.

Consider that some of the jobs that high school students will do later in life do not yet exist, while others are just being added to the workforce now. These are fast-rising, high-paying careers for which traditional educational pathways have not yet been mapped. More importantly, they're careers that rely on the person's competence in the role less than their credentials.

Work-based, hands-on learning is foundational to the CTE model, and it's in these environments, students gain these competencies alongside knowledgeability.

We're not just saying that, either. We did a quick job search for careers that were not common 5-10 years ago and did not require a degree of any kind and were able to find listings for:

Add to this the projected growth rate of careers within the health sciences (18%), the three million infrastructure jobs we'll add to the workforce within the next decade, and the fact that demand for solar and wind energy professionals with double by 2024. What employers, communities, and economies need is skills.

In fact, fully half of all Science, Technology, Engineering, and Mathematics (STEM) jobs — and 20% of all jobs are STEM jobs — do not require a four-year degree. These are all arguably STEM jobs, but they're more than that. They need communication skills, marketing chops, or an artist's eye.

All of this is woven directly into CTE's newest iteration, and an increased focus on collecting quality data, analyzing it, and using the insights it holds to make improvements for students are what will shape its evolution for the better in the years and decades to come.

SchooLinks has a proven track record of partnering with districts to deliver rigorous and relevant CTE programming to students all over the country. See how our activities for students and tools for administrators and counselors streamline the process to make it engaging and impactful when you schedule a demo today.