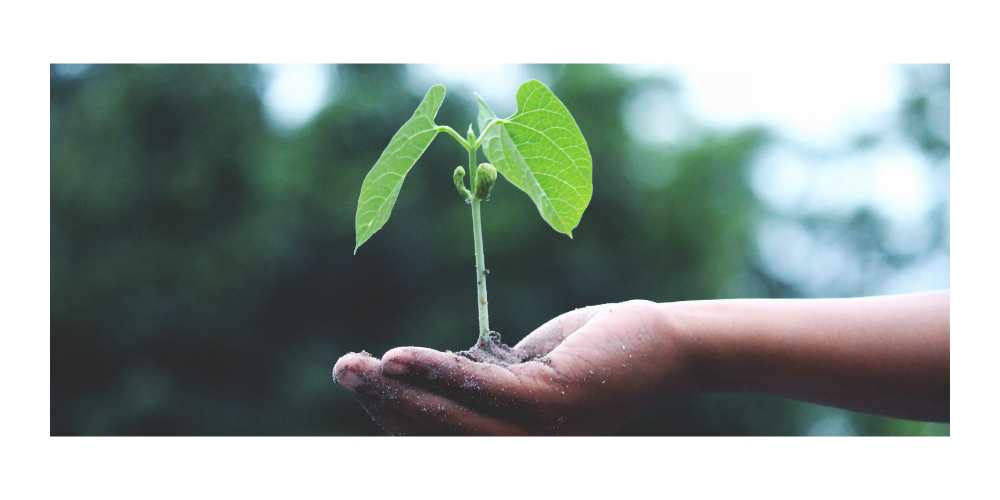 How do you cultivate grit? What makes a person resilient? Ask your students, they know.

There's no reason to sugarcoat what by now is a proven truth about being a part of K-5 education — whether as a school community, single educator, district leader, student, or family member — during a time as disruptive as the one we're living in now: it stinks.

It made what promised to be one run-of-the-mill school year into one for the record books and turned another into a thankless, frustrating, and sometimes heartbreaking slog. Mandatory rah-rah positivity is a poor substitute for thoughtful optimism, and many folks just aren't sure what the next school year will bring.

We think that saying that out loud is okay.

The adults who work with kids in school communities don't just provide structure, education, and a well-appointed bulletin board. They're also a source of security, offer emotional safety and serve as role models. That's a lot for anyone to handle, and lately it is more than a lot.

That's why we're proposing a temporarily flipped script at the start of the 2021-2022 school year. Students belong to an age group that's fortunately quite resilient, and they've demonstrated that resilience in a magnitude of ways over the past year and a half, which is what has allowed them to play through with the stacked deck they were dealt. The cultivation of grit will enable them to succeed in the uncertainty of the coming year and a half.

We can learn a lot about resilience and grit from students. This year, why don't we let them teach us?

What is Resilience, Anyway?

We're not just playing buzzword bingo. Resilience and grit are well-studied concepts with substantial parts to play in what students — and everyone else, for that matter — can achieve and how they're able to achieve it. It's worth it to revisit what it actually means to be resilient. It has two main components.

And yes, resilience is different from grit, but you can't have the latter without the former.

Okay, So What is Grit?

Grit is a little harder to pin down, but luckily we have the work of Angela Duckworth, a research psychologist and former public school math teacher who has spent a sizable amount of time researching the topic.

She's long argued that the presence of grit, which she defines in the TED Talk below as being, among other things, "passion and perseverance for very long-term goals," is a better indicator for achievement than talent, IQ, or resources.

Duckworth even developed a "Grit Scale" that uses 12 questions to determine how much grit an individual has cultivated. And while we don't know much about why some of us start out higher on that scale than others, Duckworth insists that grit can be developed.

Here's what we understand about grit (with many thanks to Duckworth!):

Grit and Resilience as Indicators

These two concepts are fundamental right now because they'll play an increasingly significant role for students in the weeks, months, and years to come. Just as Duckworth contends that grit is an indicator worth watching, college admissions expert Matthew Pietrafetta urges institutes of higher education to give resilience equal weight to achievement when considering hopeful applicants.

His argument? The grades students have earned (and will continue to earn) while we slog through the rest of the pandemic and sort out its effects won't necessarily indicate much more about a student than the fact that they went to school during a time of upheaval and disruption.

Instead of using GPAs, test scores, and report cards as achievement indicators, his advice is to look at student essays, recommendation letters, and student background information to determine how much resilience they're capable of.

Indicators of student success are ultimately indicators of school district success. It makes an awful lot of sense to look to these indicators to take the temperature of how a district is doing and how they'll ultimately fare when this chapter of history is finally closed for good.

Grit and Resilience Builders to 'Borrow' from Students This Year

Students have had to become responsible for reflecting on their experiences — and speaking up about what is working and what doesn't.

For example, educators' traditional indicators to gauge student progress — like project performance, classroom participation, attendance, and direct observation — have not been reliable ones in this topsy-turvy time.

Instead, we've had to go straight to the source to find out where students are. They've gotten very good at saying things like, "I'm struggling with virtual learning," or "I am having trouble focusing because I miss the social aspect of school," or "Zoom class is actually the best thing that's ever happened for me, and I can focus better than ever."

Schools and school districts have had to rely on this introspection, too, and there's no need to stop now. There's no shame in not sticking the "unprecedented pandemic learning environment transition" dismount.

Successful school districts know what was unsuccessful (and should be discarded) and what worked really well (and can be retained) because of institutional introspection.

2. Understand the difference between temporary and permanent setbacks

One thing that students have going for them in the cultivation of grit and resilience is a lack of experience with permanence. We do very little as children, teens, and young adults that can't be undone. That is part of what makes it easier to try new things, and we'll see that in Lesson #3 (no peeking).

We adults could take a page from this book. We tend to look at things with a very wide lens and attempt to game out all that will go wrong in the wake of an inciting adverse event. That can be useful, but it can also be self-defeating.

Having to forego the pomp and circumstance of formal high school graduation is a temporary setback. By acknowledging and mourning it, the class of 2021 was able to keep it from becoming permanent. Missed opportunities tend to make the resilient and the "gritty" hungry to seize the moment if and when it comes around again.

We'd put money on some big celebrations from the classes of 2023 and 2025 as they finally walk across the stage with an Associate's or Bachelor's degree, with their diplomas tightly clutched in their raised fists.

3. Make your own tools and engage in 'deliberate' practice

Without the traditional scaffolding in place at school, students have had to get creative. Some are downright inspirational, like Albedo, the Discord bot that a student tutor created to continue to help fellow students at a time when the absence of that opportunity was felt particularly acutely.

Or ScholAR, the augmented reality app that another student created that lets students who miss the classroom environment "be there" from home — a king-size step up from a wall of Zoom squares

(Both are byproducts of a hackathon coordinated by Seattle-based, high-school student-led nonprofit Mission InspirED, by the way).

Some are decidedly less sunny. It's not heartwarming to see students sitting outside of a fast-food restaurant for the wifi they can't get in their communities, but it is telling: students will get up and "get it done" because it has to be done.

This latter example has an even more critical lesson at its center: adversity can shine a spotlight on what needs to not just be addressed but triaged, like widespread digital inaccessibility. Only then can those issues be fixed with any semblance of permanence.

4. Ask for help when you need it

Suffering in silence is not a prerequisite to "successfully" cultivating resilience and grit. It's not any more admirable to grow these skills on one's own than to develop them by engaging others. Asking for help will make it easier to learn from the first and second lessons.

School district stakeholders are do-ers. Even when the thing they're doing is arguably outside of the realm of education. That's why so many schools ended up working out a way — no matter what — to maintain continuity in meal distribution, held clothing drives for students, and fundraised for technology. They don't need a pandemic to do those things; it's all in a day's work.

But that same propensity toward action makes it hard to ask for help. It's essential to unlearn that. Resources are finite; problems are not.

Leveraging school community partners, families, and even students themselves isn't a mark of failure. It's a mark of a healthy education community support ecosystem and makes us more likely to find the solutions we need.

Welcome it, not as an end-goal, but as a waypoint. Again, you can't borrow the first and second lessons from your students without understanding what already doesn't work and, by extension, what's unlikely to work instead.

And the only way to understand those things is to have experienced them. It's never fun to bomb a test, but any spelling bee runner-up can tell you that the one word they never spell wrong is the one that they misspelled in the final round.

It isn't necessarily the highest-achieving, affluent, or most intelligent students who will meet their goals or learn from the pandemics' hardships. It's the ones with grit and resilience. It's time to recognize these traits as skills that are worth cultivating and deserve praise when they're deployed.

Students have been able to "forgive" themselves for feeling selfish about missed proms in a time where entire livelihoods have been swallowed up (not that they need to) and have come to terms with the fact that, hey, none of us have done this before.

Doing it anyway, and learning from the act of doing, is pretty courageous, and it's worth praising.

So praise away! And keep at it — eventually, a culture that values grit and resilience as much as it values traditional markers of achievement will emerge. And everyone will be better for it — students and school districts alike.

Building anything requires having the right tools. For school districts and students all over the country, SchooLinks is that tool. We support students proactively and operationally, and help counselors, educators, and administrators identify challenges and opportunities to address. We can help you get "gritty" too. Get in touch to see how we do it.